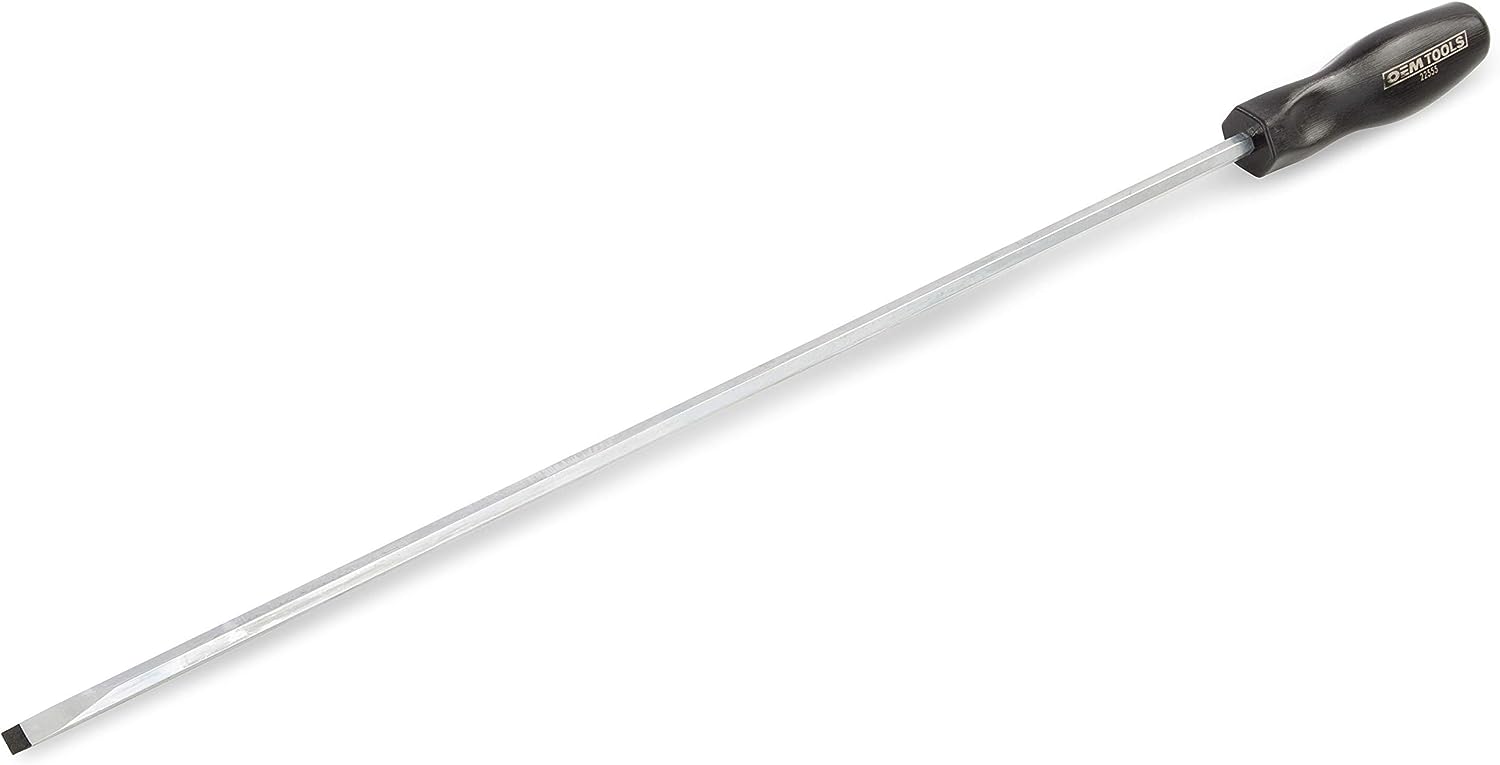 The OEMTOOLS 5/16 Inch x 20 Inch Slotted Screwdriver made with special alloy steel, which is heat-treated for extra strength. The drivers have precision machined and sand blasted tips that reduce cam-out. The incredibly durable handles are made of hardened resin that is solvent resistant and easy to clean.